We are so fortunate to have these great recreation sites, parks and open spaces in our region where we can connect and enjoy nature.

The Region covers 124,200 hectares of land. Within it, the Avon River empties into the Minas Basin, where the world’s highest tides rise and fall along 160 kilometers of shoreline and the banks of tidal rivers. Thirty kilometers of dykes protect 2,436 hectares of land. A variety of lakes and rivers provide opportunities for swimming, canoeing, kayaking, fishing and boating.

The Region currently owns and/or manage 73 parcels of parks and open space land, totalling 492.5 acres. Forty-three of these parcels are used for recreational purposes, and, currently, twenty-one sites have been developed and are maintained as recreation sites.

Keep scrolling down for information on each of our sites (click on the name for directions). 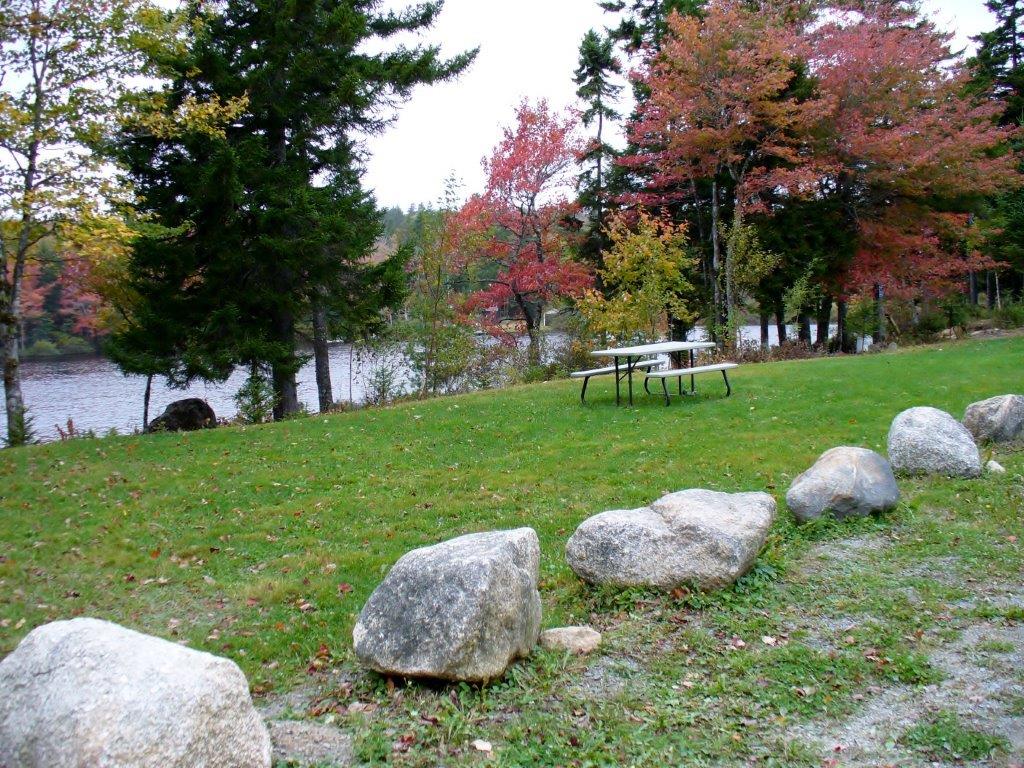 This area is formerly a New England Planter settlement. Due to the proximity to water, shipbuilding was an important industry. The Wharf was divested from the Federal Government to the Municipality in 1990 and rebuilt by the community for $13,000.00. In 1996, the former Municipality of the District of West Hants entered into a lease agreement with the Avon River Heritage Society to allow that organization to develop a portion of the property. 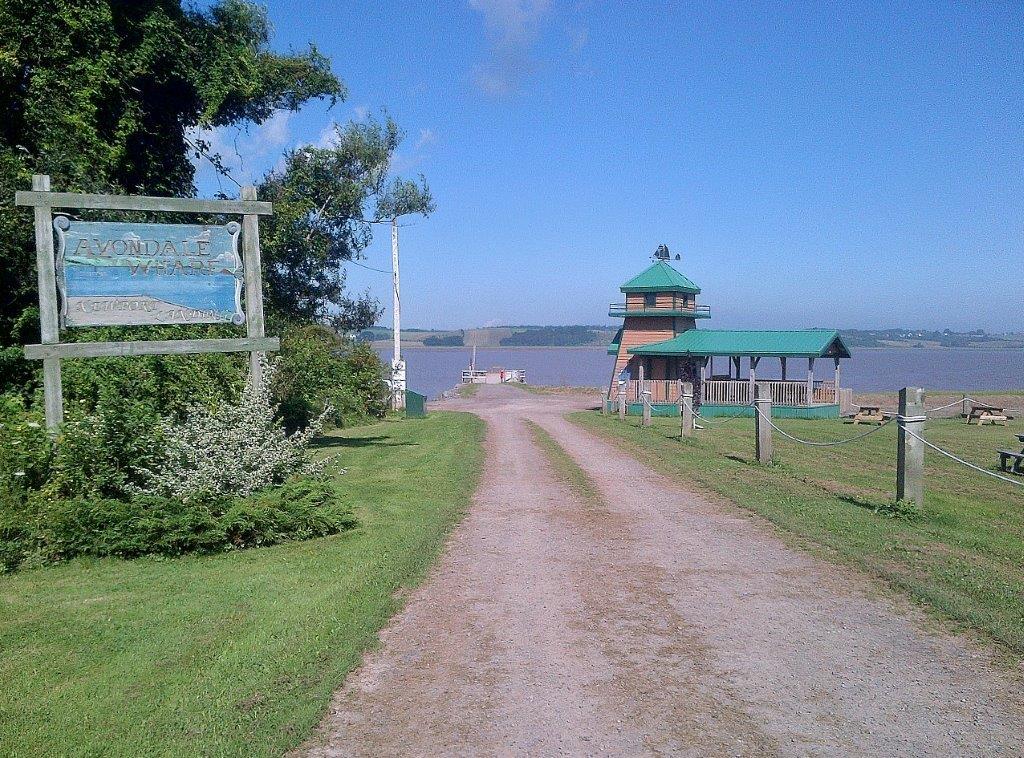 The path was developed in 2011 to provide an outdoor option for users of the indoor walking opportunity offered at Brooklyn Civic Centre.

Includes a playground, picnic tables, benches, and a playing field.

Camera Obscura was built by Dalhousie University Architecture students in 2012. This parcel was purchased in 2006 by the former Municipality of the District of West Hants from Lacy Calcutt and Willie McKay. The West Hants Trail Association leased the Restoration Trail, and the community initiated the inventory and restoration of the Salt Marsh. The local community organized the Cheverie Crossway Salt Marsh Society. In 2019, the West Hants Trails Association transferred trail/park responsibility back to the West Hants Municipality.” 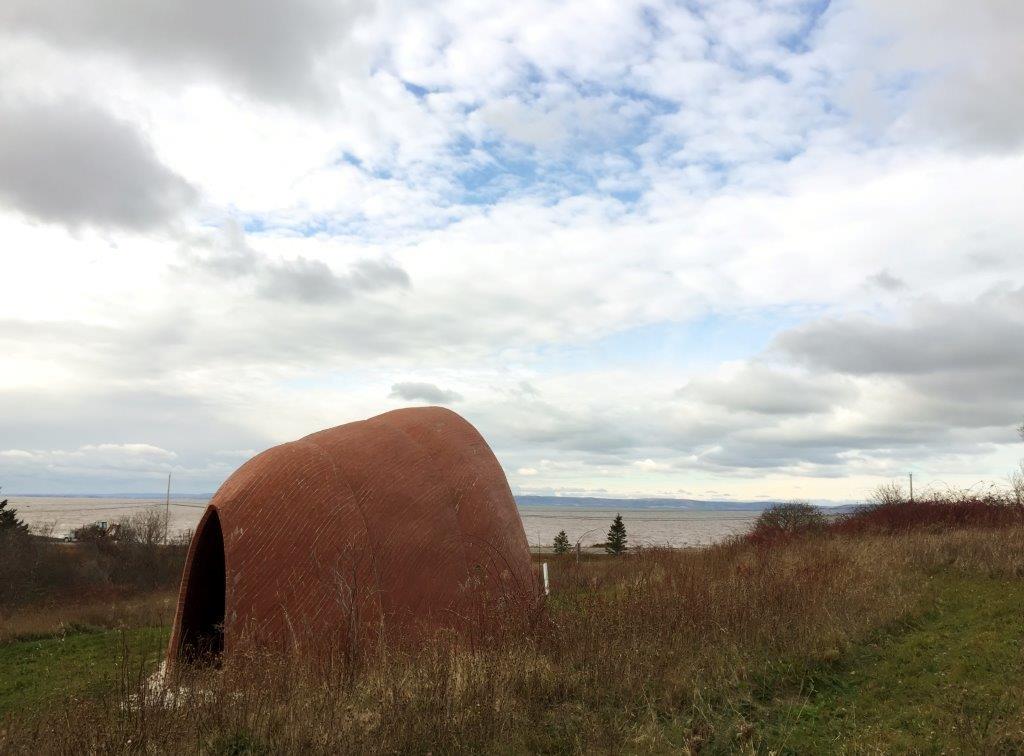 The land was donated to the former Town of Hantsport by Leo and Joyce Vaughn in 1995. Park was named after Dr. Silas Rand, a Baptist Missionary to the Mi’kmaq people.

The parcel was purchased in 1988 from Bernard Curry. The Falmouth Community Hall Association and the former Municipality of the District of West Hants co-operatively developed the land.

Includes a playground, swings, two beach volleyball courts and a grassy area. The Hants Aquatic Centre sits on this site as well. 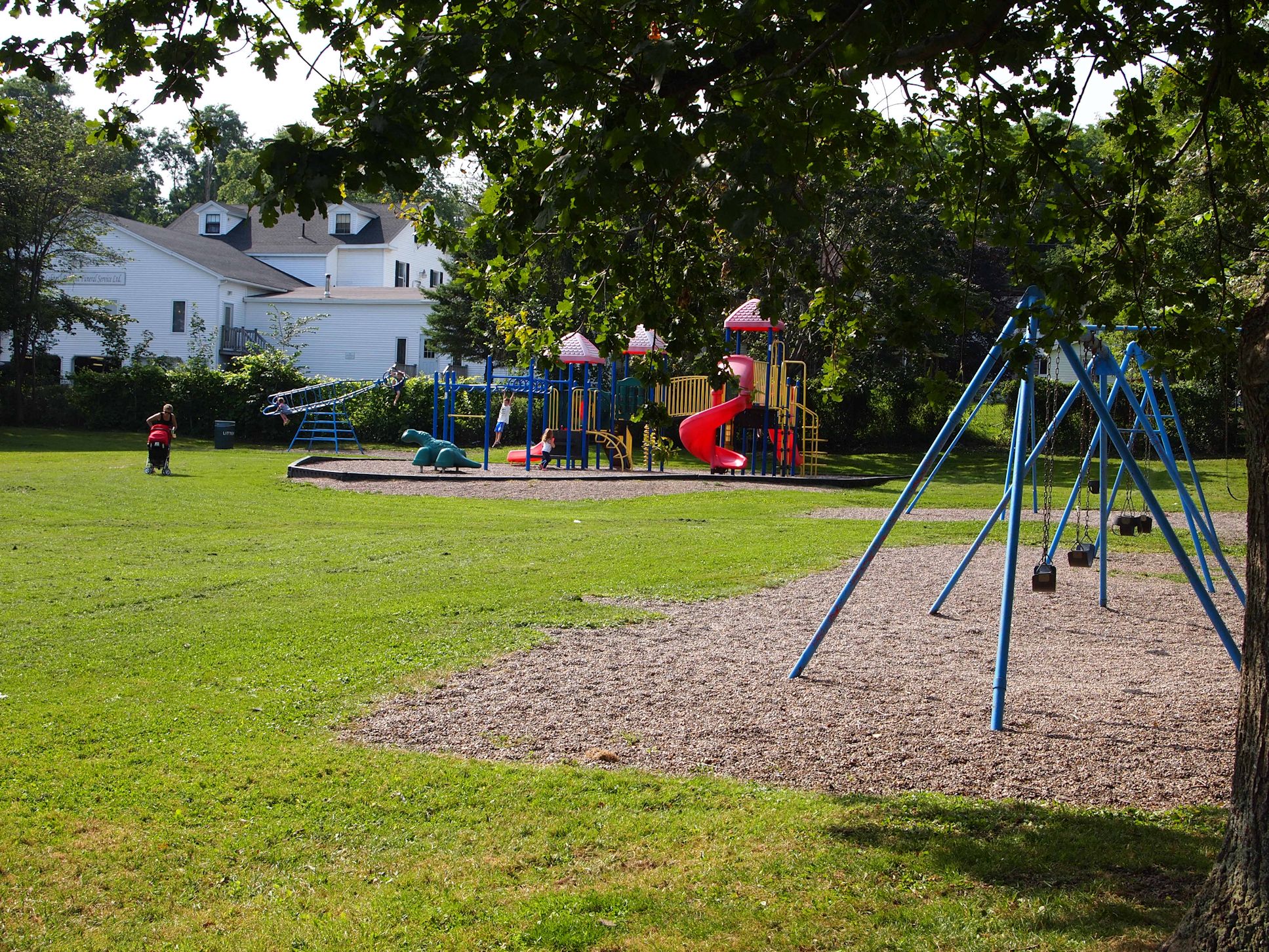 The former Municipality of the District of West Hants entered into a lease agreement with the Department of Transportation in the early 1980s that allowed recreational purposes. In the early 1990s, the Municipality and the Windsor and Area Jaycees agreed to develop.

A lease agreement was developed in 2005 between the Minas Basin Pulp and Power Company Ltd. and the former Town of Hantsport to create a soccer field for soccer players who had previously been using the baseball pitch.

The Hants Aquatic Centre is a heated outdoor pool providing a six-lane 25m pool, a leisure pool with a beachfront entrance for accessibility and a tot pool. An access lift facilitates the entry and exit for those needing assistance and is remote-controlled, sturdy, and able to support up to 400 lbs.

Click here for more information, including our Pool Schedule.

It was deeded to the former Municipality of the District of West Hants on November 21, 1991, by Fundy Gypsum Company Limited.

The park sits on land formerly used as a municipal landfill, which was decommissioned in 1984. The soccer fields were named the Ryan Lahey Memorial Soccer fields in 2011 in memory of Ryan Lahey.

Decommissioned gypsum quarry. The land was deeded to the former Municipality of the District of West Hants in 1976. It was developed as a recreation site in the mid-1990s, spearheaded by the community. 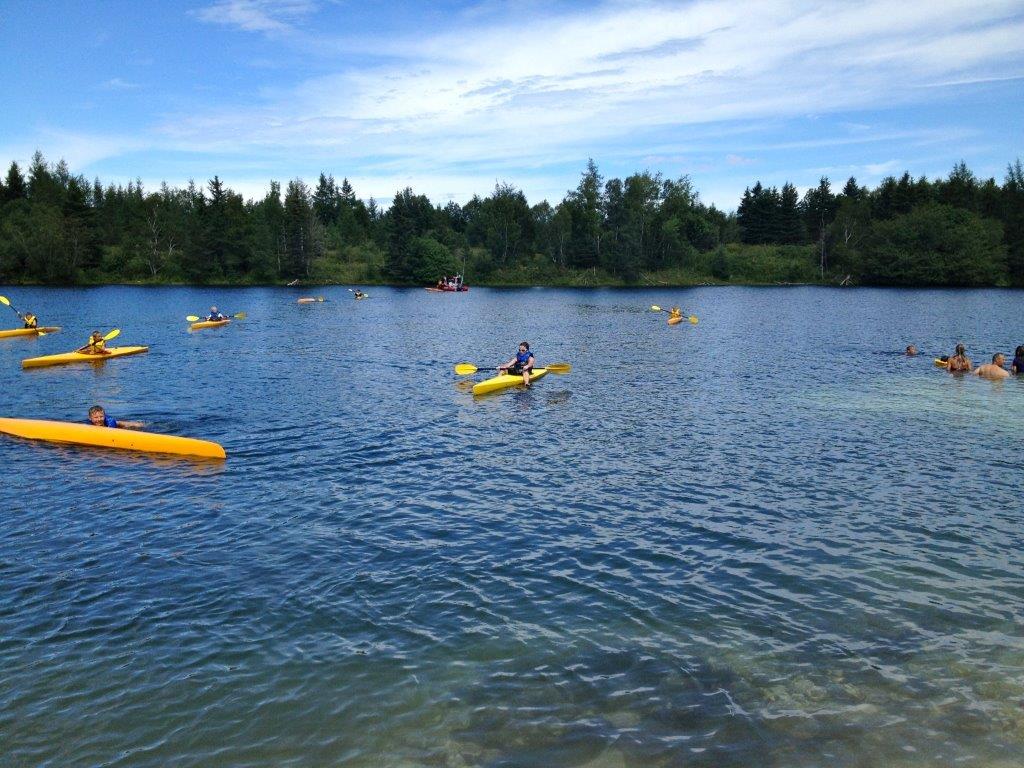 Park named after 19th mayor of the former Town of Hantsport, Garnet McDade. The park sits on the original site of the Presbyterian Church (1897-1980).

Colonial Road, Windsor, by the off-ramp of Hwy 101 across from the carpool parking lot

History: This land parcel was deeded to the former Town of Hantsport in 1928 by the Hantsport Amateur Athletic Association.

History: Land owned initially by Aubrey Smiley and was purchased by the Crown when Highway 101 was constructed. The Crown deeded the remaining lands to the former Municipality of West Hants in 1975 with the stipulation to be used for recreation purposes. 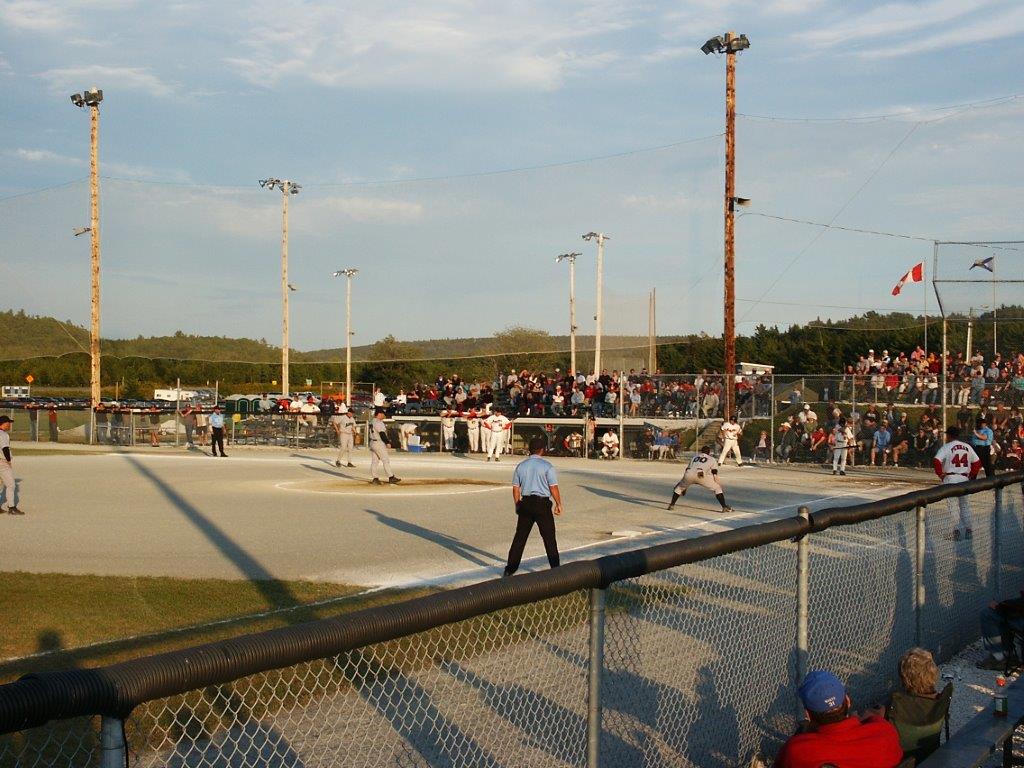 This park parcel is situated on (and near) land once inhabited by Mi’kmaq, Acadian, Planter, and Loyalist communities. This 3.0-acre property was purchased by the former Municipality of the District of West Hants in September 1998 and then leased to the Upper Burlington Community Hall Association on January 13, 2000, to be used for recreation purposes only.

Located beside the Windsor Community Centre, Victoria Park is home to a beautiful gazebo that acts as a bandstand for inspiring artists and many other uses. It's also home to the Avon Community Farmers' Market.

The West Hants Sports Complex provides a wide variety of year-round activities, including skating and hockey programs, soccer, indoor walking, and so much more.

It is truly a space that is accessible, inclusive and offers something for everyone! Click here to find out more about our Sports Complex, including our schedules and how to book the space.

Along Lake Pisiquid Waterfront (behind the Windsor Mall)

The Skatepark has a four stair set with a hubba ledge/rail combo, 2 ft high china bank-style slappy wall, 4 ft quarter pipe and a transitional flat bank. The total area is about 3,000 sqft. The Waterfront Skatepark is located adjacent to the bandstand in Waterfront Park in Windsor.